The 2011 SCOPAC field trip for elected members and officers took us to Old Portsmouth and focused on the measures taken to prevent flooding of such a low lying city.

The trip was organised to coincide with high tide to illustrate just how low lying Old Portsmouth really is.

Approximately 60 delegates attended for the morning which commenced in the Spinnaker Tower at 7.30am; after breakfast and presentations the group walked from Gun Wharf to Old Portsmouth for tours and talks of the flood defence scheme and local history.

Councillor Roger Elkins (Chairman of SCOPAC) introduced the event followed by Professor Andy Bradbury (Chairman of the Southern Coastal Group) who provided the context of the day.

Katy Ball (Curator of Local History) gave a walking tour of the local heritage at risk of flooding in Old Portsmouth. 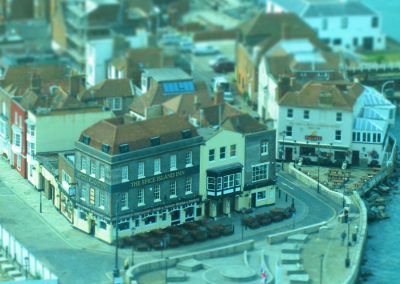 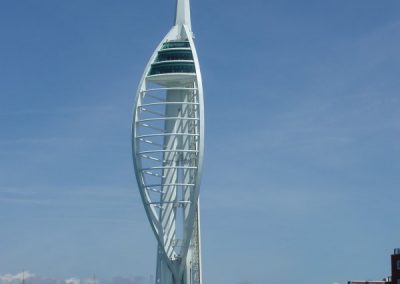 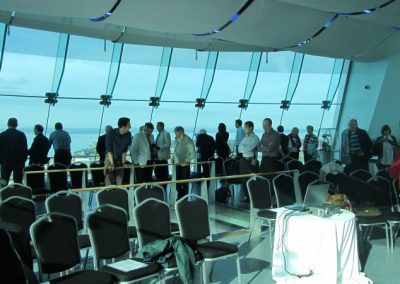 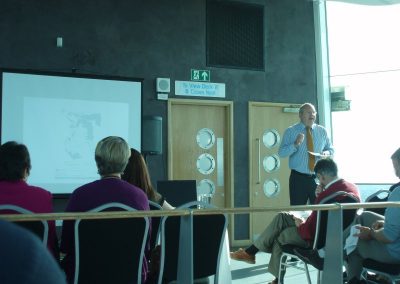 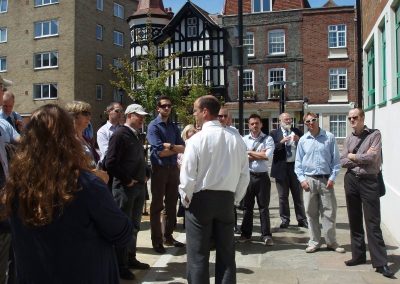 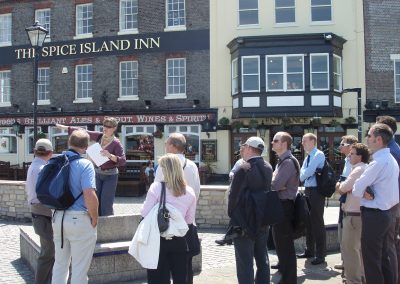 Katy Ball, Curator of Local History, gave a walking tour of the local heritage at risk of flooding

SCOPAC would like to thank the speakers for their interesting talks which helped make the event such as success.