The Southern Coastal Group and SCOPAC

SCOPAC and the origins of the Southern Coastal Group

Prior to the formation of the existing seven strategic coastal groups of England management of the country’s shoreline had for some years been the remit of 16 regional groups that worked with Defra, the Environment Agency (EA), local authorities and other organisations. The regional group for central southern England was The Standing Conference on Problems Associated with the Coastline (SCOPAC), one of the longest established groups of its kind and influential in promoting both conceptual and practical innovation in the field of sustainable shoreline management.

SCOPAC had been born out of a meeting between officers, councillors and statutory bodies on the Isle of Wight in 1986. It was recognised that there was a need for neighbouring LA’s and organisations to work together more closely, communicating regularly, sharing knowledge and collaborating, in order to develop a more holistic understanding of the complex coastal issues facing the region, without the limitations of LA boundaries.

On 22 June 2007, the then Minister for the Environment and Climate Change, Ian Pearson, announced new arrangements for the EA’s overview role on the future management of coastal erosion and sea flooding in England, including:

The statement included the intention that fewer, larger coastal groups should become more strategic and, working with the EA, play a stronger role in the future planning of flood and coastal erosion risk management. These arrangements represented an important development, meaning that, for the first time, one organisation had overall responsibility for the management of all coastal risks.

The Southern Coastal Group (SCG) and Standing Conference on Problems Associated with the Coastline (SCOPAC) is the Regional Coastal Group for central southern England.

Originally formed as separate groups [SCOPAC and the origins of the SCG], SCOPAC (est. 1986) and SCG (est. 2008) achieved significant benefits across the region by working together for many years. By 2019 however, increasing pressures on coastal management were threatening the wider sector – including climate change and sea level rise, public sector austerity and budget cuts, the retirement of knowledgeable senior engineers and shifting policy and guidance.

The two groups merged in 2020 with the aim of streamlining deliverables in research, policy, the environment and engineering. We now work as one organisation to share and develop research, best practice and resources within the regions.

As a technical group principally comprising coastal managers, planners and others with a knowledge of shoreline management, who operate in a strategic framework, our primary objectives are:

We also play a key role in: 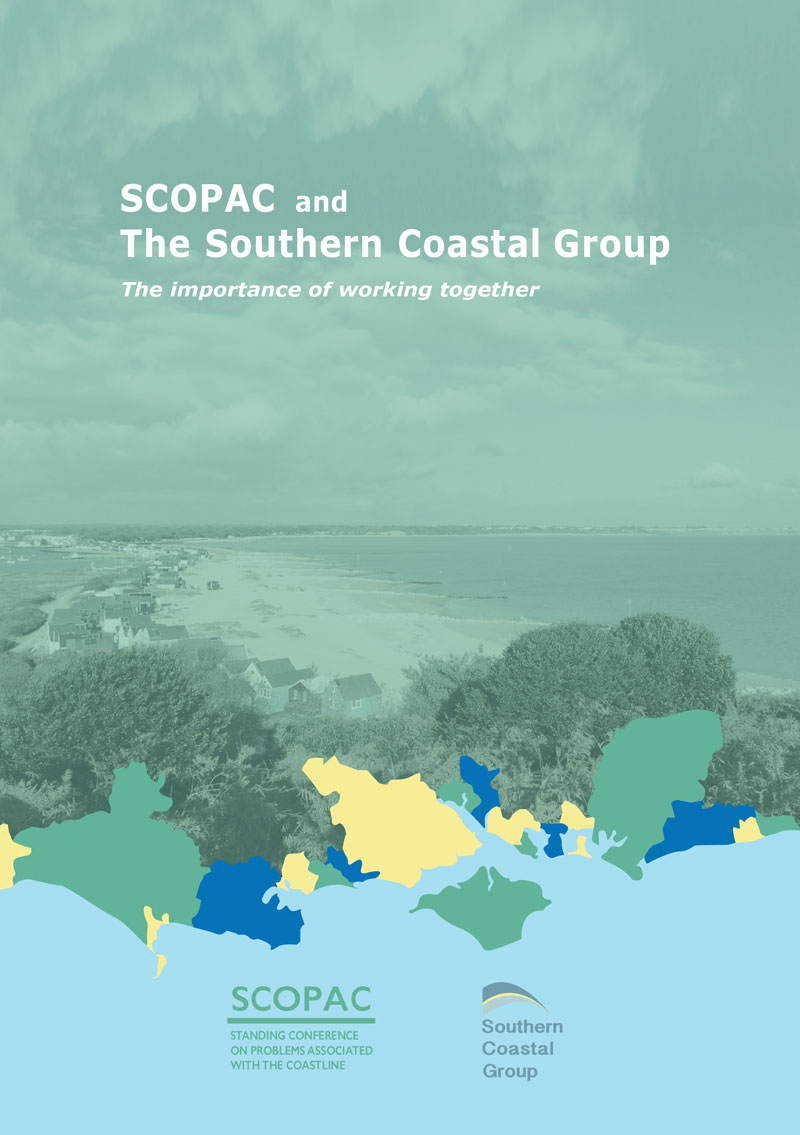 The importance of working together booklet (published March 2019, prior to the 2020 merger) was developed to showcase our achievements and to illustrate why the continuation and reinvigoration of the groups was paramount to ensure we continue to work together effectively to face new challenges.