The data underpins development of baseline coastal processes understanding for Shoreline Management Plans, Strategy Studies, Beach Management Plans, as well as the impacts of scheme design. Data is captured once to a high level specification and used many times. The programme is managed on behalf of the Coastal Groups and is funded by DEFRA, in partnership with the maritime Local Authorities and the Environment Agency. For further information, please visit www.channelcoast.org.

Strategic coastal monitoring is essential in determining the long-term trends and changes in beach volume and morphology (www.channelcoast.org). However, restricted funding means that along low-risk coastlines, the frequencies of surveys are not high enough to directly link beach change to dynamic hydrodynamic conditions. Remote sensing technologies, including Lidar and satellite data products, are often suggested as alternative sources of data. The use of these technologies may allow higher temporal frequency, albeit at a lower spatial resolution. However, a systematic assessment of the data is required to determine its suitability.

a) Literature review of potential technologies and their strengths and limitations
b) Using suitable test areas in the SCOPAC region, perform an assessment of available remote sensing data, with comparison to CCO topographic data specifications.
www.gisgeography.com/how-to-download-sentinel-satellite-data/
www.scihub.copernicus.eu/dhus/#/home
c) Calculation of beach volume from remote sensing data, and an assessment of accuracy using direct comparison to CCO derived beach volumes.
d) Assessment of potential for increased temporal frequency of beach volume: is the data suitable, is the frequency high enough to make a significant difference, and what are the limitations of the approach.

Historically, the majority of Sandbanks consisted of sand dunes but due to residential development and beach erosion they had been depleted considerably. As a result, the Sandbanks Coast Protection Scheme was constructed in two phases between 1995 and 2001.

In order to achieve this, a nursery area to grow suitable planting material was set aside at the rear of Sandbanks Pavilion. Seeds were taken from the grasses in the sand dunes created in 1995/6 and germinated in a greenhouse. When ready, the small plants were planted out in the nursery and then later transferred to the areas designated for sand dunes.

Overall the Sandbanks Coast Protection Scheme is considered to have been successful, in particular the sand dunes are seemingly well established and are now inhabited by sand lizards.

Research Aims – The aims of this proposed study are:

Deliverables – The output from this study is a report setting out the lessons learnt for establishing sand dunes as a form of coast protection within the SCOPAC area, something that may be considered in other locations in the future such as at Mudeford Sandbank. In addition, the learning from this research will be used to inform the planned development of a new Beach Management Plan for the section of coast from Sandbanks to Hengistbury Head.

This project was concluded in September 2020:   The final report by Lia Bennett of BCP Council  (PDF, 3Mb) 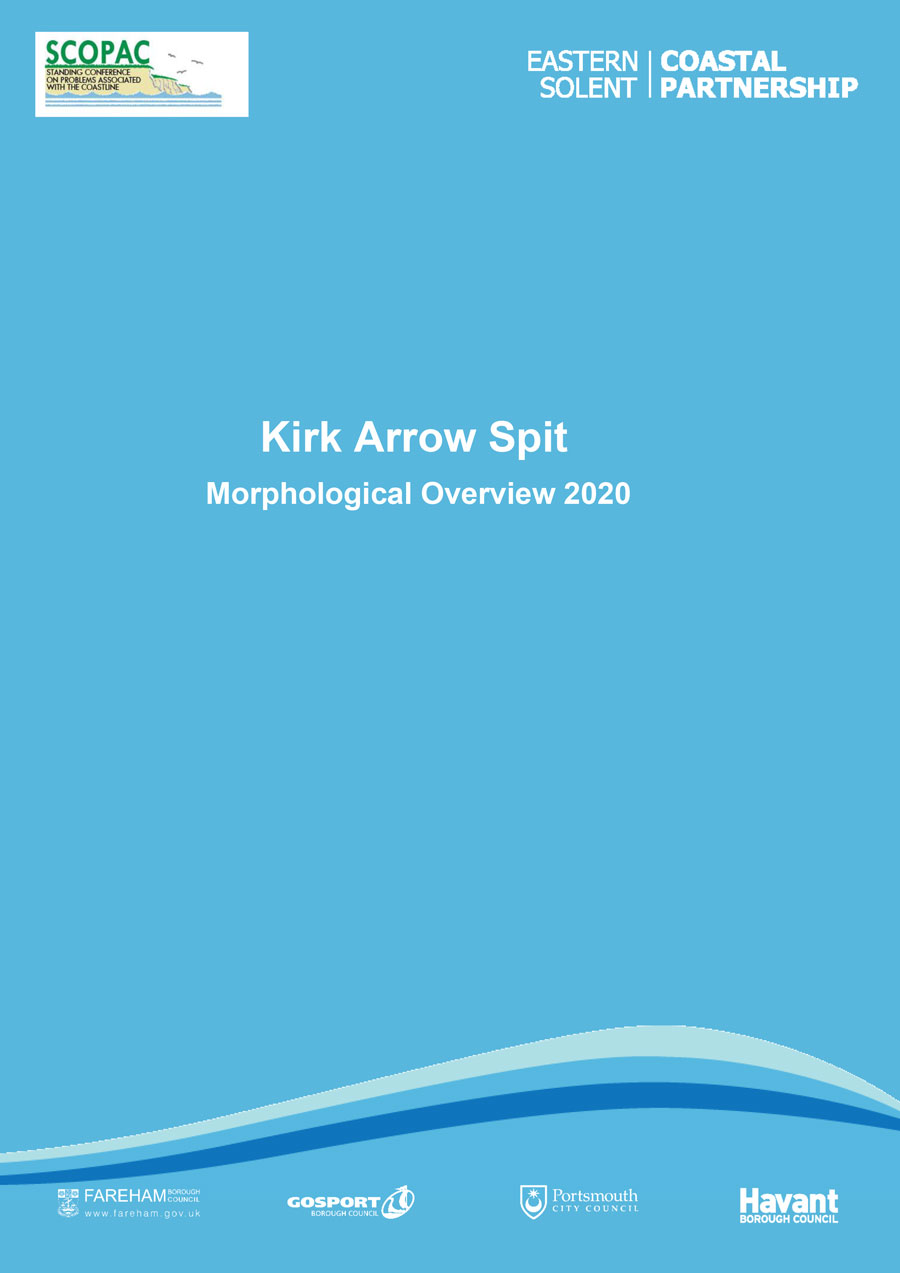 Chichester District Council and the Eastern Solent Coastal Partnership. This study used Regional Coastal Monitoring Programme data to map the evolution of Kirk Arrow Spit. Historically, the nearshore sediment store has provided a sediment feed to the adjacent beaches. Whether the store is still providing an onshore feed and will do into the future is unknown. 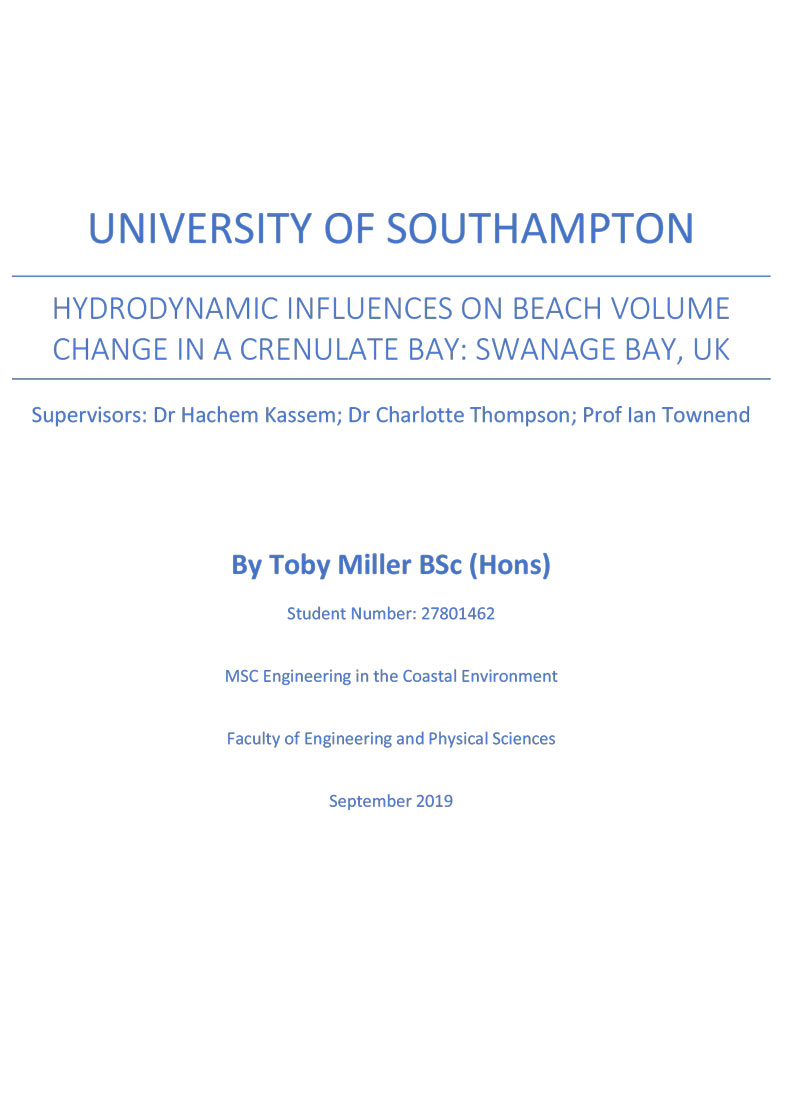 University of Southampton. Swanage is unique along the south coast due to its orientation; although located on the south coast, it is eastward facing. Despite being sheltered to the dominant waves, the beaches experience rapid volume change across the Bay. It is imperative that the causes for such change are better understood to guide the next Beach Management Plan.

This study uses Southeast Regional Coastal Monitoring Programme data, analysed alongside wave data from CEFAS and a study carried out by HR Wallingford using AWAC buoys. Much of the analysis was carried out by Toby Miller as part of his MSc thesis for Engineering in the Coastal Environment at Southampton University.

Dr Charlie Thompson, Director of the CCO, has summarised the findings into a short technical note which assesses the hydrodynamic drivers of beach response in Swanage Bay. 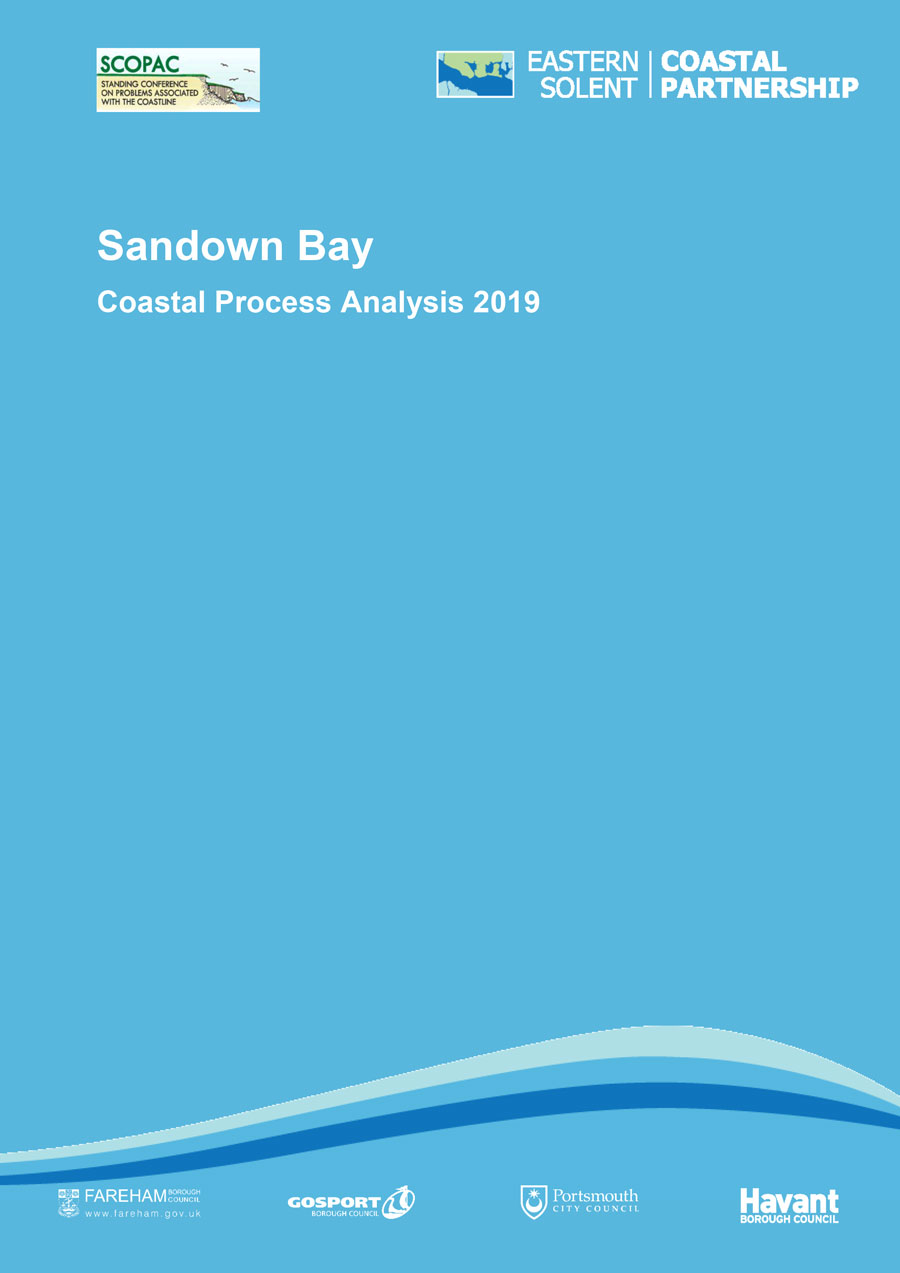 Sandown Bay is a popular tourist and amenity beach stretching 8.2 km along the south-east coast of the Isle of Wight. Due to recent concern regarding low beach levels and erosion along this frontage, SCOPAC awarded the ‘improved utilisation of data fund’ to the Isle of Wight Council for a small-scale desktop study to be undertaken by the Eastern Solent Coastal Partnership (ESCP). This study uses Southeast Regional Coastal Monitoring Programme data (which provides data since 2003) to assess erosion and accretion in response to changes in wave forcing, building upon previous studies. 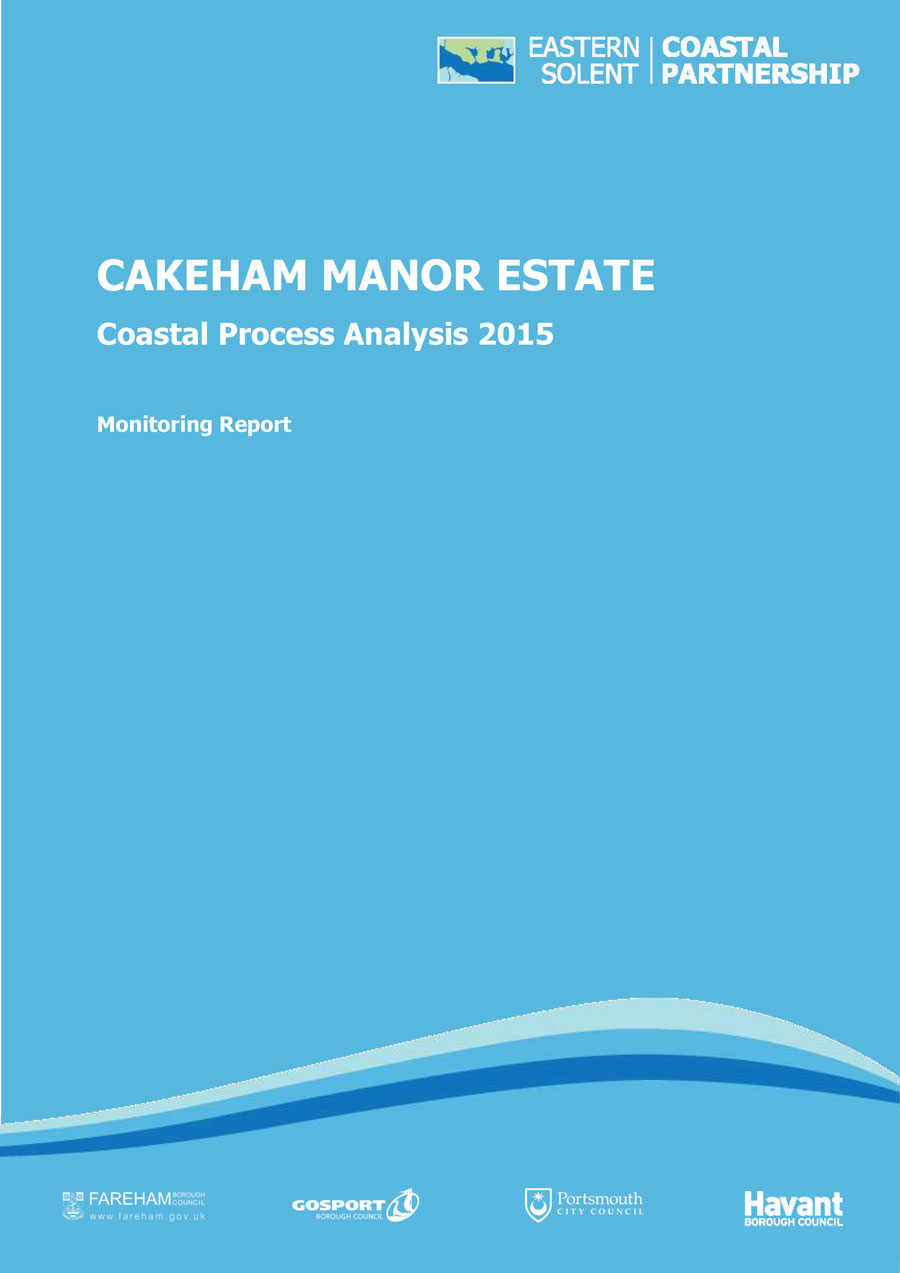 This coastal process report has been prepared by the Eastern Solent Coastal Partnership on behalf of Cakeham Manor Estate, using data from the Southeast Regional Coastal Monitoring programme. The report summarises evolution of the coastline and the data available for monitoring coastal change, and explores whether any additional data collection is required for: