The Regional Habitat Compensation Programme (RHCP) is a strategic programme run by the Environment Agency.

The RHCP is the Government’s agreed mechanism for delivering strategic habitat compensation for Flood and Coastal Erosion Risk Management (FCERM) to ensure compliance with the Conservation of Habitats and Species Regulations 2017 (commonly referred to as the Habitats Regulations). The compensatory requirement passed on to the RHCP from Shoreline Management Plans (SMPs) is the amount of habitat required to address the adverse impacts on European sites from the SMP policies due to coastal squeeze and saline inundation impacts.

The Solent and South Downs RHCP covers the area from Hurst Spit in the west to Beachy Head in the east and includes the north coast of the Isle of Wight.

The Solent and South Downs area habitat compensation requirements were calculated from predicted habitat losses within each relevant European site, using data from the Solent Dynamic Coast Project (SDCP) (2008) for the North Solent SMP and the Isle of Wight Mitigation Study (2006) for the Isle of Wight SMP. Habitat losses which could not be mitigated through the SMP policies within the European sites were passed onto the RHCP for delivery as compensation. These calculations and the agreed habitat compensation requirements are described in the Appropriate Assessments (AAs) for the North Solent and Isle of Wight SMPs, which were both adopted in 2010. The Secretary of State approved the SMP AAs and the RHCP as the strategic compensation mechanism via a derogation under the Habitats Regulations (often referred to as the IROPI agreement). The IROPI decision confirmations are made available below:

The habitat types that are relevant to the Solent and South Downs RHCP are:

These are the same habitat groups that were used in the SMP Appropriate Assessments to ensure clear and transparent tracking of habitat compensation requirements through consistent calculation of habitat losses and gains.

Table 1 indicates that over the 100-year SMP period, the Solent and South Downs RHCP needs to create the following compensation to offset habitat losses that will arise from the SMP policies:

In addition to the SMP habitat compensation requirements, the Environment Agency has also previously committed to creating habitat to address estimated historic losses from coastal squeeze across protected areas. Separate targets (referred to as PSA targets) were established in 2007 for each estuary complex that were considered the minimum needed to begin site recovery. The habitat creation target agreed to address historic losses for the Solent estuary group was 100 ha of intertidal habitat. This 100 ha is not included within the baseline habitat compensation targets for the RHCP in Table 1 above, but habitat created in the first compensation schemes has been apportioned to addressing this historic loss before any progress has been allocated towards RHCP targets.

Several habitat compensation schemes have already been completed in the Solent and South Downs area. These are described below.

Implemented in September 2010, this compensation scheme re-established tidal exchange in the Lymington River through the introduction of self-regulating tide gates at the Bridge Road crossing. The reedbed increased upstream and laterally as willow scrub died back and woodland retreated 5-20 metres inland. The reedbed cover increased from 40% in 2009 to 90% in 2014. Rank fen vegetation and nettles died off as a result of saline inundation. Invasive non-native species present in 2009 were largely removed from the reedbed by 2014. Overall, this compensation scheme created 21 hectares of tidal reedbeds upstream of the bridge. The intertidal habitat created in the Lymington River has been apportioned to meeting commitments to address historic losses, reducing the outstanding balance to be delivered for historic losses in the Solent to 79 ha. 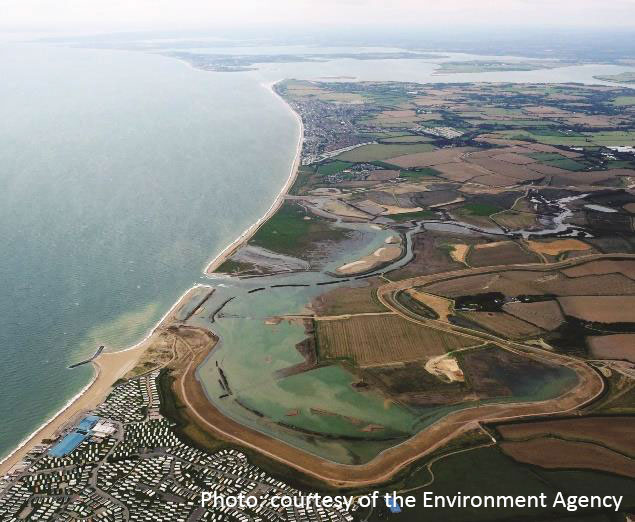 Completed in 2013, this compensation scheme created 183 hectares of new intertidal habitat comprising of 158 hectares of saltmarsh and 25 hectares of mudflat. It is the largest open coast managed realignment scheme in Europe. In addition to the intertidal habitats, there are also reedbeds and freshwater ponds and ditches that provide habitat for water voles and aquatic invertebrates. The site is managed as a nature reserve by the RSPB and has already seen increasing populations of breeding and wintering wildfowl and wading birds – a highlight was a pair of black-winged stilts successfully breeding in 2014. Of the intertidal habitat created at Medmerry, 79 ha (54 ha saltmarsh and 25 ha mudflat) has been apportioned to meeting commitments to address historic losses, leaving 104 ha of saltmarsh to count towards progress in the SSD RHCP. The implementation of the Lymington WLMP and the Medmerry Managed Realignment Scheme has met the 100 ha PSA target set in 2007. 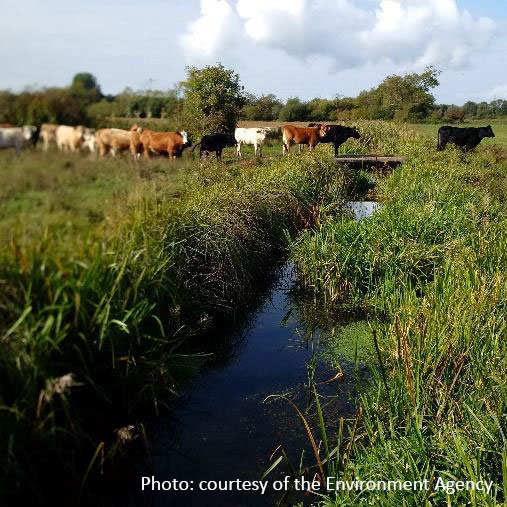 Manor House Farm is a 90 hectare site located in the lower Test Valley. The site was identified as a potential area to create 69 hectares of floodplain grazing marsh that, in time, with predicted sea level rise and increasing tidal influence, will evolve into coastal grazing marsh. The scheme is also predicted to create 17 hectares of freshwater habitats, including ponds, reedbeds, grassland and wet woodland. The Environment Agency purchased the site in March 2018 and the habitat creation scheme is being implemented and managed by the Hampshire and Isle of Wight Wildlife Trust. The creation of these habitats will reduce the RHCP target for coastal grazing marsh habitat from 76 hectares to 7 hectares and there will be a net gain of 13 hectares of freshwater habitats.

In 2018, Stage 2 (the Tactical Phase) of the Solent and South Downs RHCP was undertaken. The Tactical Phase assessed the potential future habitat compensation schemes identified in the Strategic Update and prioritised the best opportunities to take forward to implementation in Stage 3 (the Operational Phase). The Tactical investigations also checked and refined the area of predicted intertidal habitat creation and associated landward habitat losses for the sites included as mitigation within the Appropriate Assessments for the North Solent and Isle of Wight SMPs. Furthermore, EU case law rulings over recent years have indicated that habitat creation within a European site can no longer be considered as a mitigation measure but instead should be considered as a compensatory measure. Therefore, the habitat creation sites identified as mitigation sites in the SMPs should no longer be considered as such, rather all habitat creation sites should be considered as compensatory measures to be delivered via the RHCP. As a result, the Solent and South Downs RHCP baseline habitat balances have been updated to remove the SMP mitigation sites and the RHCP habitat compensation targets have been updated accordingly and are reflected within the live habitat balance sheet shown in Table 2 below.

The creation of compensatory habitats at Lymington, Medmerry and Manor House Farm, together with the removal of the SMP mitigation sites from the baseline, has resulted in the updated habitat balances for the Solent and South Downs RHCP shown in Table 2 below. In summary, the RHCP targets for Epoch 1 have nearly been met, with a remaining 20 ha of saltmarsh compensation outstanding.

The Solent and South Downs RHCP is currently focused on creating saltmarsh habitat as there is an urgent need to create an additional 20 ha of this habitat type in the current epoch and saltmarsh is predicted to have the greatest area of loss over the next 100 years. Saltmarsh provides important feeding grounds for birds, nursery areas for small fish and habitat for rare invertebrate species.

The RHCP has identified potential sites in the Solent and South Downs area for saltmarsh habitat creation opportunities. These sites have been prioritised based on how likely it is that they could be implemented as there are many barriers to managed realignment, such as the physical characteristics of the site, landowner concerns, opposition from communities, presence of infrastructure and/or utilities and the potential loss of important landward freshwater habitats and bird roosting and feeding sites. The Environment Agency and Coastal Partners are working to progress the best sites for habitat creation.

Meeting the habitat creation targets in the Solent and South Downs RHCP is a legal requirement and is essential to ensuring that FCERM schemes can continue to be delivered for communities in our area.

A Southern Coastal Group workshop was hosted by Coastal Partners and the Environment Agency on 28th February 2020 with the aim of sharing the progress, challenges and achievements of the previous 10 years, and discuss opportunities for the future. 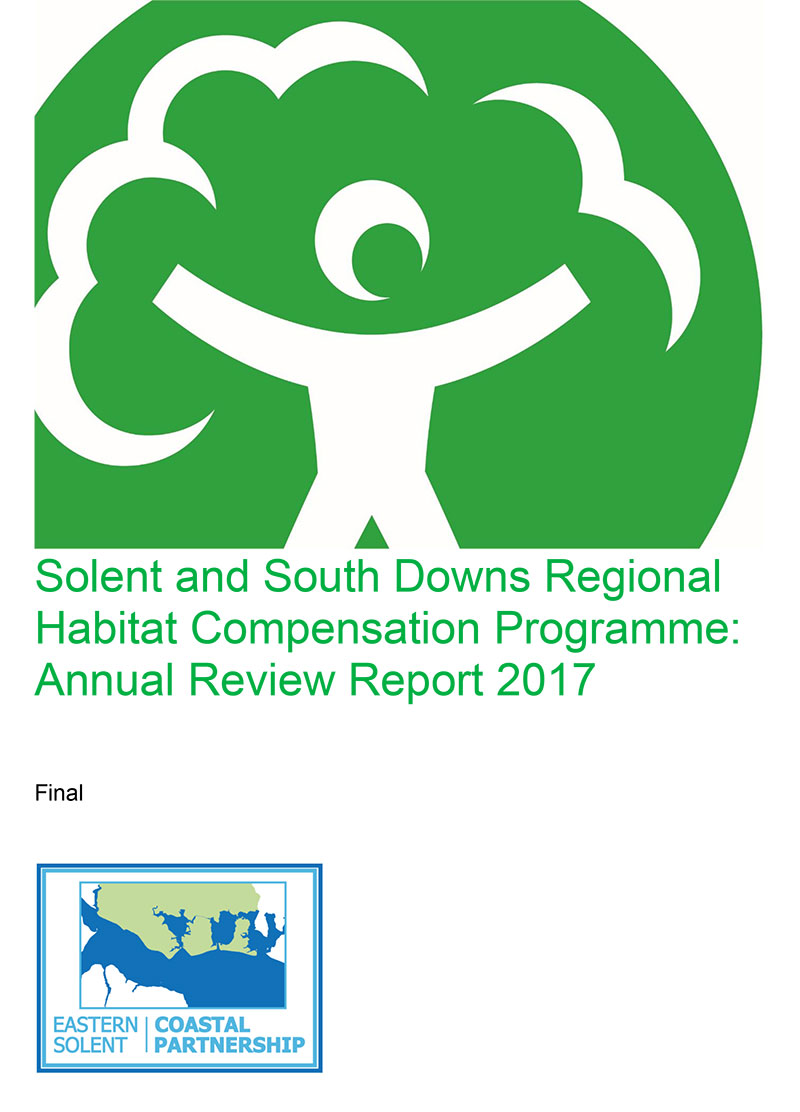 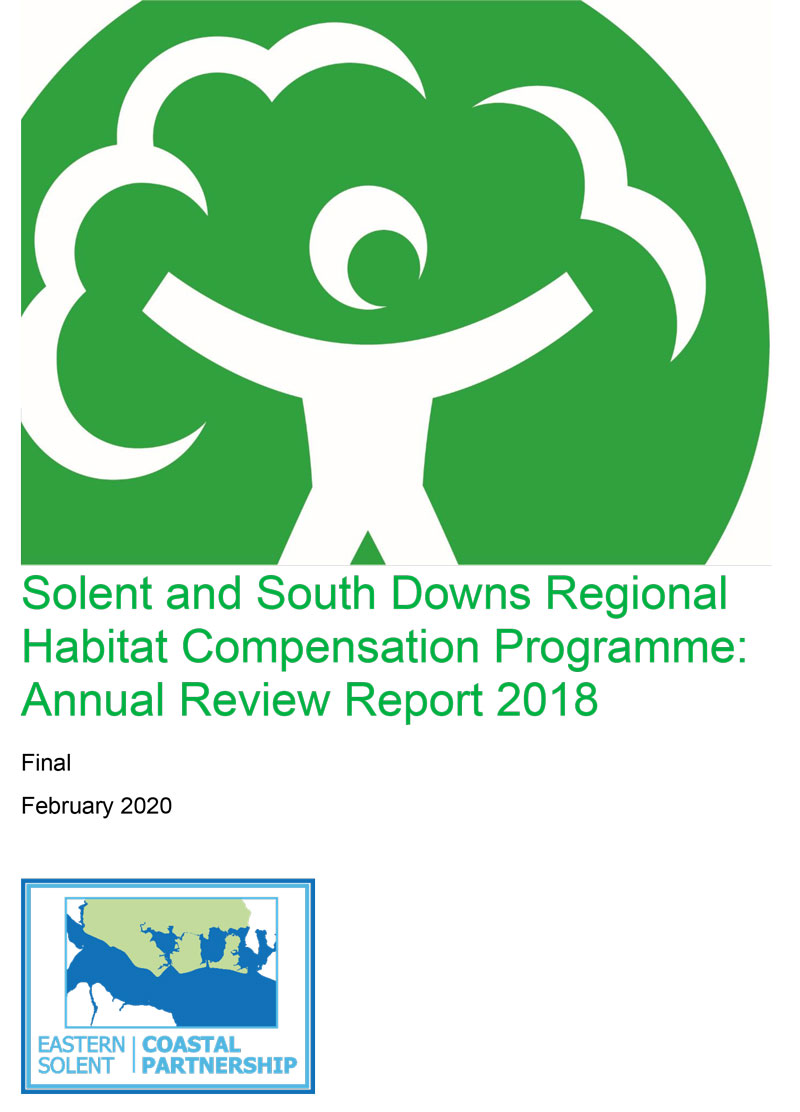 For more information on the Solent and South Downs RHCP please use the following contacts: