The SCOPAC coastline is intersected by multiple tidal inlets. Coastal processes at these locations are typically complex, often producing morphological changes which can have serious management implications. A good example of this can be observed at the Langstone Harbour entrance (see Figure 1) where complex sediment dynamics have resulted in hotspots of erosion and accretion along its western shore which is formed by an accretionary feature known as Eastney Spit. 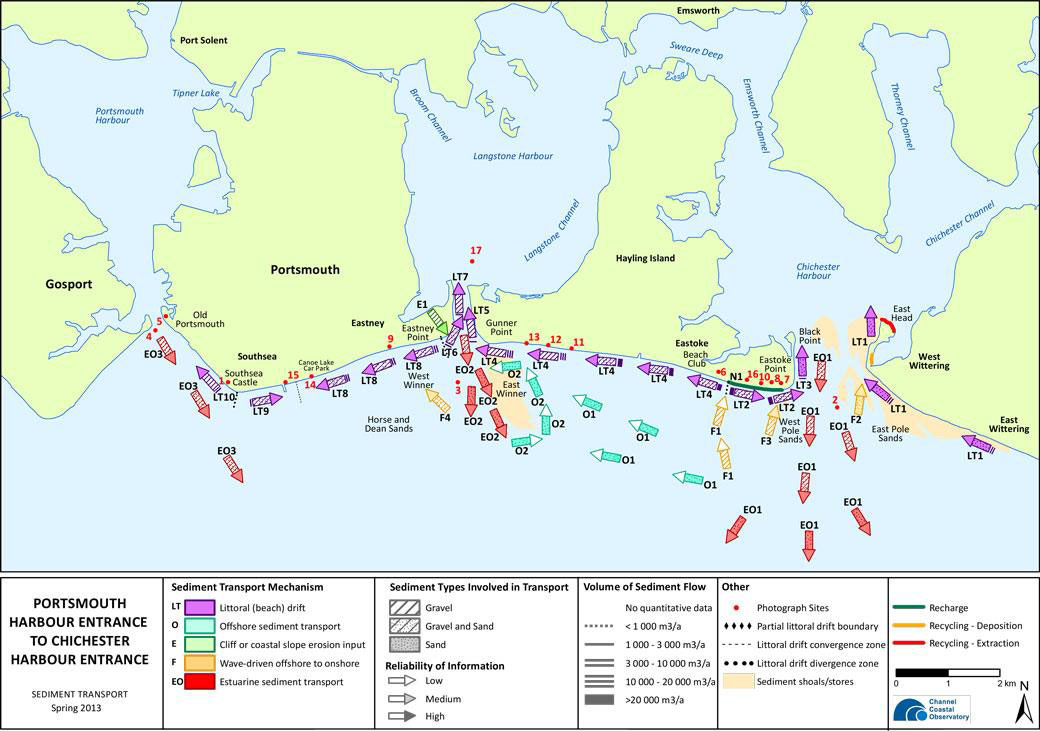 Data from the regional monitoring programme (www.coastalmonitoring.org) has suggested that the two local sediment sources feeding Eastney Spit (the West Winner and Horse and Dean Sands) are no longer present. The impacts of this on local coastal processes has not been well researched and a better understanding is required in order to ensure future management of the frontage is effective.

This was conducted in combination with a Master’s thesis undertaken by Alex Hillawi at the University of Southampton which combined the tracer data with sediment budget analysis to investigate coastal processes along the Eastney frontage:

Results of these studies show that despite the loss of the two local sediment sources, sediment feed to Eastney beach and Southsea from further offshore remains active. However, feed to Eastney Spit has become severely limited due to changes in net transport direction along Eastney beach. These changes result in any onshore feed of material travelling west, rather than east, thereby starving the spit.

Further findings confirmed that the increased footprint of new defence structures at the Harbour entrance present little obstruction to drift and support previous understanding that waves rather than tides present the primary motive force for gravel movement along the Langstone Harbour Entrance.