Covering the coastline of central-southern England between Lyme Regis (Dorset) and Shoreham-By-Sea (West Sussex), the 2004 web-enabled report constituted a thorough revision of the original Sediment Transport Study commissioned by SCOPAC in 1990.

Much additional research and information had been published since 1990 and the 2004 study incorporated all material collated from a comprehensive search of sources and by contact with relevant organisations. The study was an invaluable tool in the development of the second round Shoreline Management Plans given that a key focus was on coastal processes and managing risk. SCOPAC are grateful to David Carter, Dr Malcolm Bray and Professor Janet Hooke for their hard efforts in producing such an informative and user-friendly piece of work. 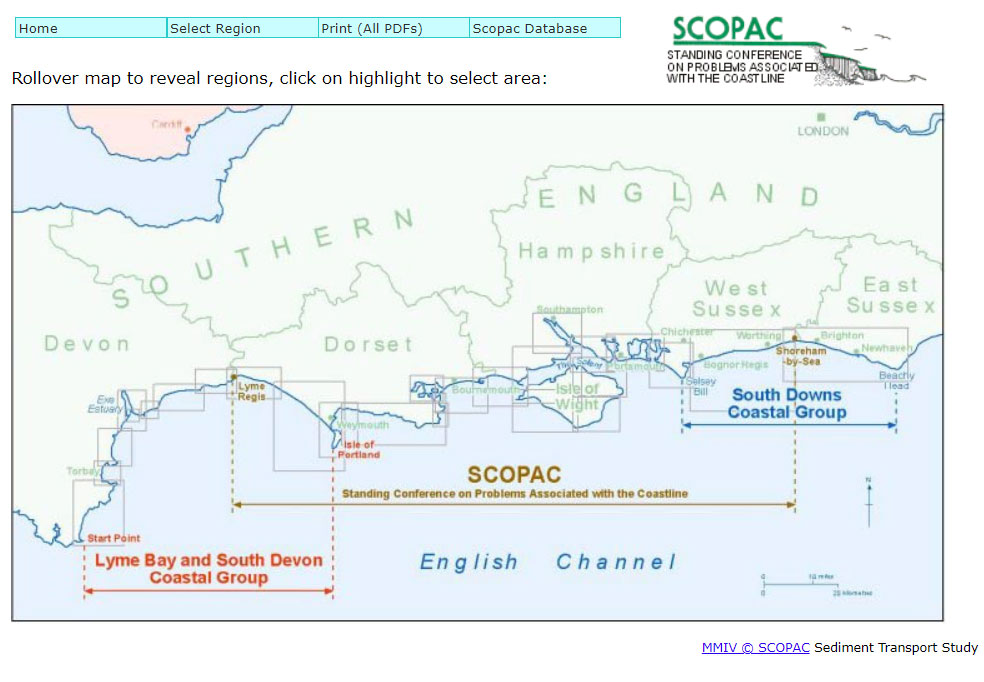 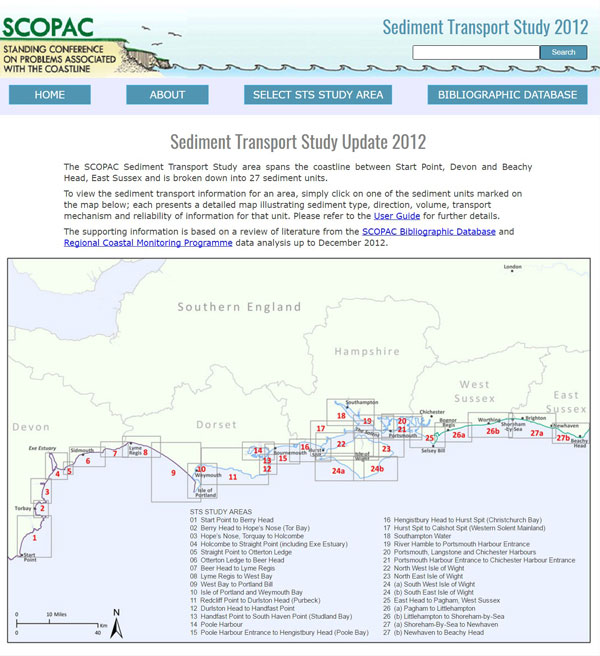 The 2004 study relied heavily upon the SCOPAC Sediment Transport Bibliographic Database (SCOPAC 5, 2002) to identify the sources of information that have subsequently been reviewed to produce this study.

An updated Bibliographic Database (SCOPAC 6, 2012) has since been made available.