In order to better understand the complex coastal processes around Preston Beach in Weymouth (Figure 1), SCOPAC contributed £5,000 towards a tracer pebble study which was undertaken by Coastal Partners and the Environment Agency. The study was conducted between the 18th January 2019 and 14th May 2021 to examine sediment transport pathways and rates of movement.

The objectives of the study were: 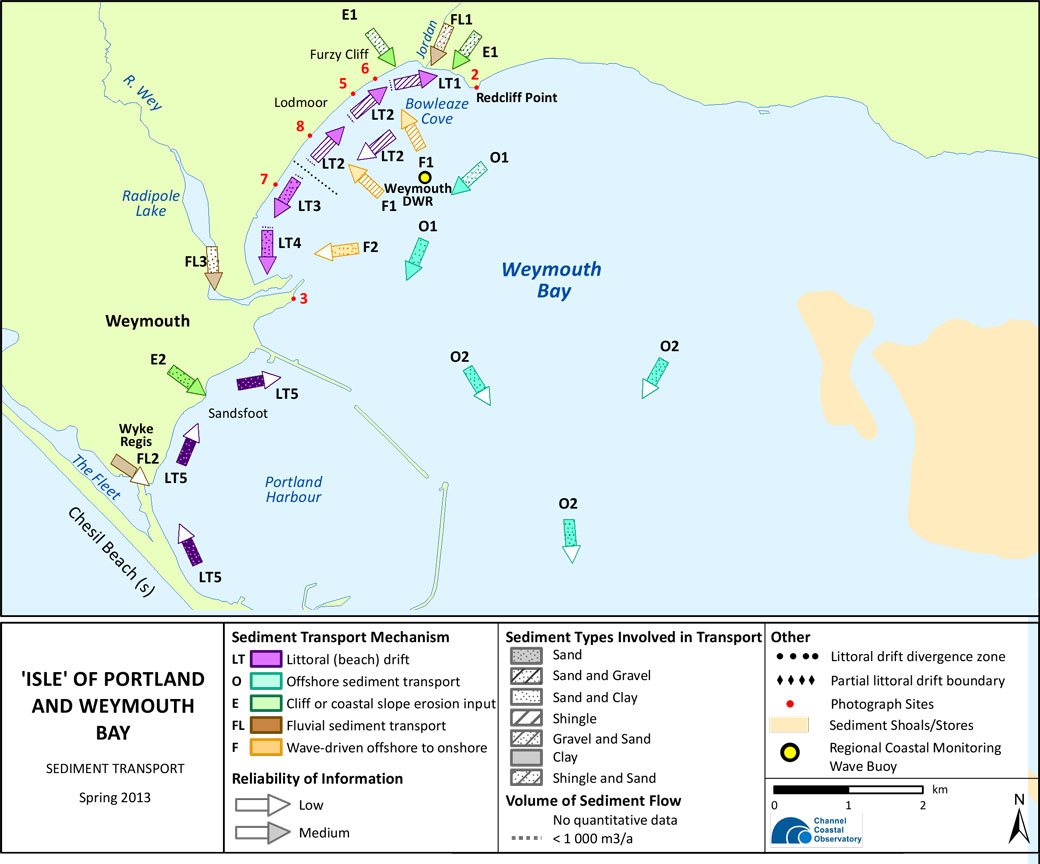 The Coastal Partners tracer study method utilises radio-frequency identification (RFID) technology to track the movement of material along the beach frontage. The system comprises of three main components; passive induced transponder (PIT) tags which broadcast a unique ID number when detected; an antenna/reader used to scan the beach and a data logger used to store the ID number and recorded location.

See Tracer Pebble Studies for further details of  the technique used, and of other studies in the region.

Six deployments were made along Preston Beach, placed along the CCO monitoring profile lines. More specifically:

Pebbles were deployed in two separate deployments at a level of MSL on the location of pre-existing Regional Monitoring Programme profile lines (www.coastalmonitoring.org). 446 pebbles were deployed in total across the survey area, with almost half of these pebbles (217) detected on at least one occasion. Some pebbles were able to be tracked up to 10 times, which allowed for a more detailed analysis of individual pebble movement.

Results indicate that there is a general trend for movement northeast along Preston beach, however this movement is episodic and can experience frequent reversal to the southwest. Further north at Furzy cliffs, the pattern of movement can be in either direction but tends towards an area of general accretion or sediment sink, fed over the longer term by material from both the south, at Preston and the north, at Bowleaze cove.

There is evidence at Bowleaze Cove that pebbles were able to bypass the pier and River Jordan outlet, moving in both directions. No evidence was found to confirm if pebbles move south around the Greenhill rock groyne and no pebbles were found to be immediately adjacent to the structure with the closest at 15m away.

Average transport rates of up to 12m per day are suggested by recorded movement of pebbles at numerous locations along the whole frontage. However, the largest consistent rates of movement are along the central section of Preston Beach with a generally lower rate seen further north around Bowleaze. 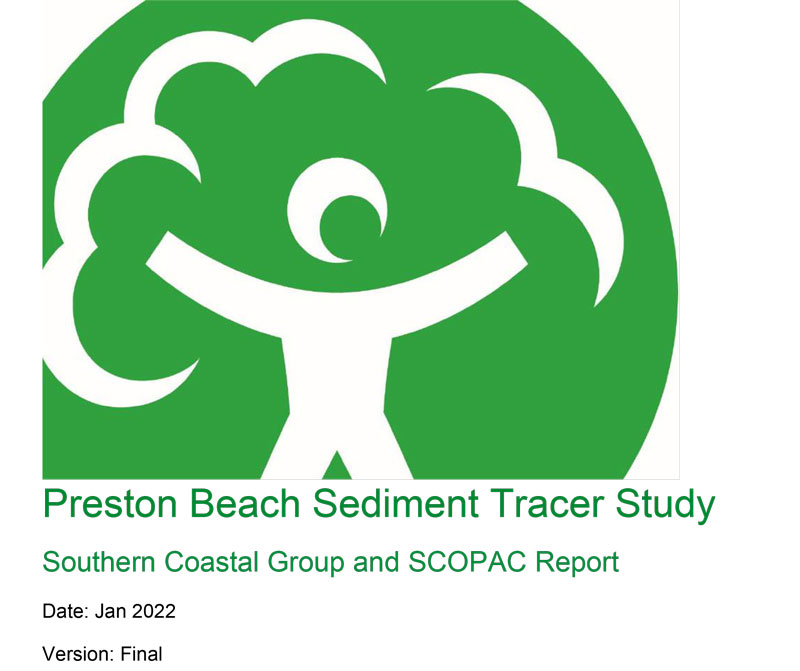 It is hoped that results will help inform future management decisions for the frontage and determine the effectiveness of any control structures. Results and data may also be used to support any future updates of the SCOPAC Sediment Transport Study (2012).