Poole, Bournemouth, Christchurch and New Forest Councils have all built rock groynes that do not conform to the Rock Manual Guidelines.

particularly at the seaward end of the groynes. 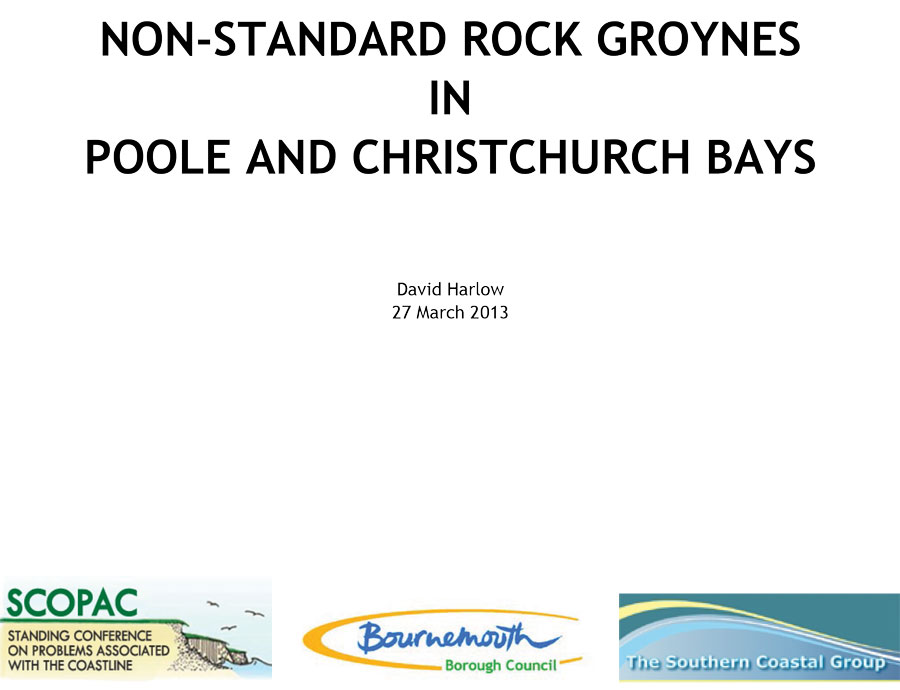 Instead, a “rubble mound” groyne composed entirely of armour stone is used without conventional foundation layers. Such groynes have been built since 1986.

Bournemouth encountered problems in 2009/10 when:

In the event Bournemouth Borough Council accepted responsibility for the alternative design which was successfully completed.

Anecdotal evidence suggests that all these non-standard groynes are performing satisfactorily.

This topic is especially relevant to Bournemouth where the Timber Groyne Renewal Programme (TGRP) will require the removal of 51 life expired timber groynes between 2013 and 2029, and it is anticipated that the new structures will be rock groynes.