The investigation into extreme wave conditions in the SCOPAC region by Professor Andy Bradbury is now largely complete.

Key conclusions from the investigation into extreme wave conditions in the SCOPAC region by Professor Andy Bradbury suggest that the central south coast is regularly subject to conditions that are not generally considered in scheme design. Current scheme design does not account for bi-modal conditions, where there is a combination of not only wind waves but swell waves also. The implication is that greater overtopping and wave run-up on beaches might be expected than traditional design advice might suggest.

Consequently defences in most of the SCOPAC region are not designed to a high enough standard. Most of the Solent shoreline is unaffected by these conditions as it is protected by the Isle of Wight from swell waves, until you reach Hayling Island where the bi-modal conditions are present.

The conclusions support the need for a change in the design approach where these conditions are present. This is likely to take several years and considerable additional (national) funding to deal with.

As an interim measure, steps have been taken to modify the CCO website to identify these conditions routinely in real time:

All wavebuoy sites are now enabled with this technology and can be accessed via the realtime wave pages. A series of trigger levels have been established for which a text or email alert can be sent when these conditions occur.

This is realistically as much as this project can expect to deliver.

The problem arising from the research conclusions has already been highlighted to the EA Sustainable Asset Management Theme Advisory Research Group (SAMTAG), to a workshop for the EA flood forecasters, and a section of the new CIRIA Beach Management Manual now includes a reference to it. 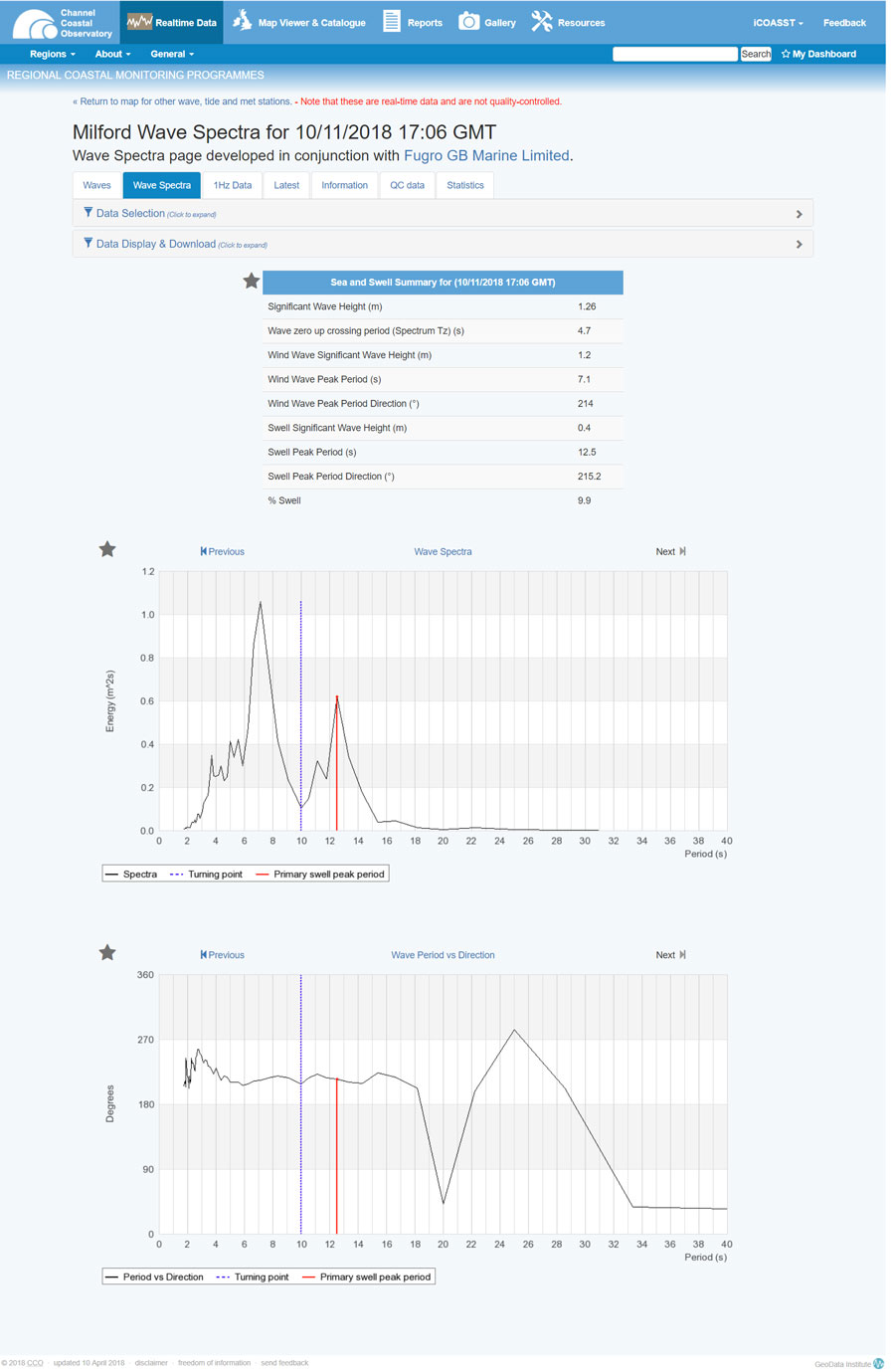 Some very senior UK coastal engineers have considered this to be a major issue. Following on from the SCOPAC project, a £250,000 region-wide study entitled “Reducing regional flood and erosion risk from wave action on the Channel Coast” has been funded by central government Flood Defence Grant in Aid.

This is exactly what SCOPAC had hoped for and demonstrates once again how valuable both the regional coastal monitoring programme and the SCOPAC research programmes are.

Papers relating to the SCOPAC project:

An inter-comparison of hindcast and measured wave data: implications for beach recharge design